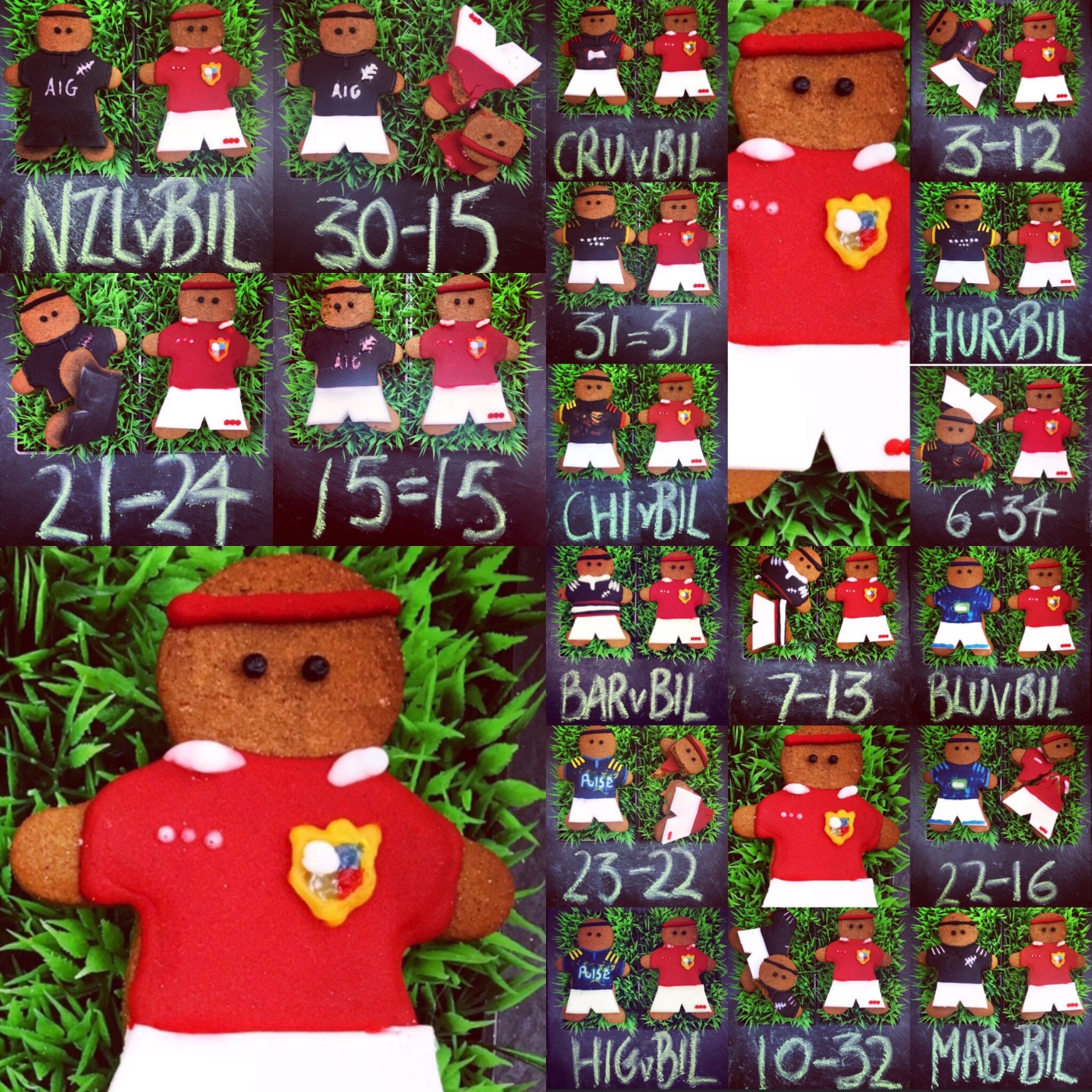 2017 saw the return of the British and Irish Lions to New Zealand after 12 years to face rugby’s World Champions. Statistically, the Lions have a poor record against the All Blacks, having only won against them way back in 1971. Indeed, the last time the Lions faced New Zealand (in 2005), they suffered a humiliating whitewash, with the All Blacks winning all three matches.

It was always going to be a challenging tour for the visitors, and the Lions were pretty much written off from the start.

But what a tour it turned out to be, with the Lions exceeding everyone’s expectations! And of course, your favourite gingerbreads were there (not actually on tour, sadly) to document the series’ progress…

The tour consisted of 10 matches, including the three tests vs the All Blacks, five against New Zealand’s Super Rugby giants, one vs the NZ Provincial Barbarians and one vs the Maori All Blacks. 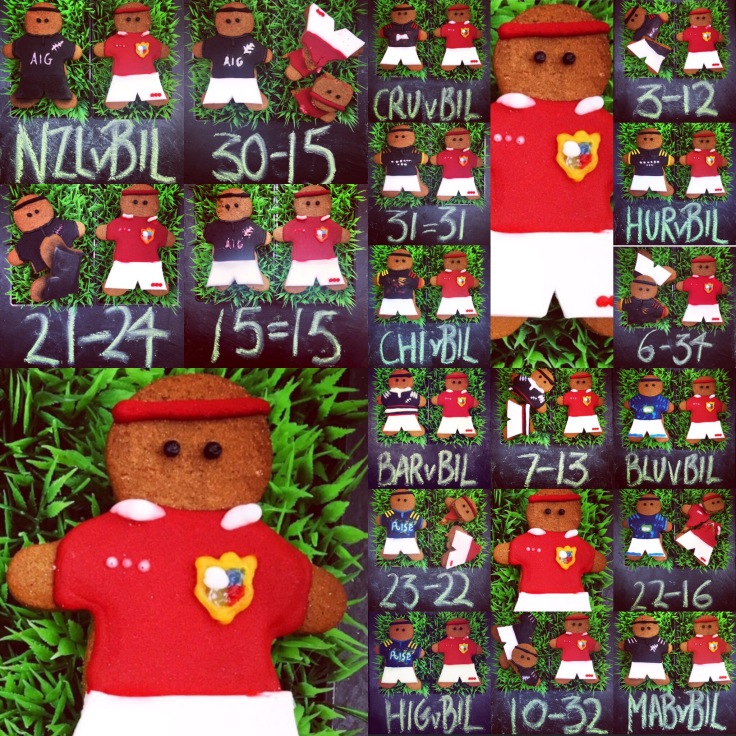 As those of you familiar with the Lions format, the team faces a number of local opponents by way of a warm up for the three test matches. This year saw matches against the Provincial Barbarians, the Maori All Blacks and all of the New Zealand Super Rugby franchises. 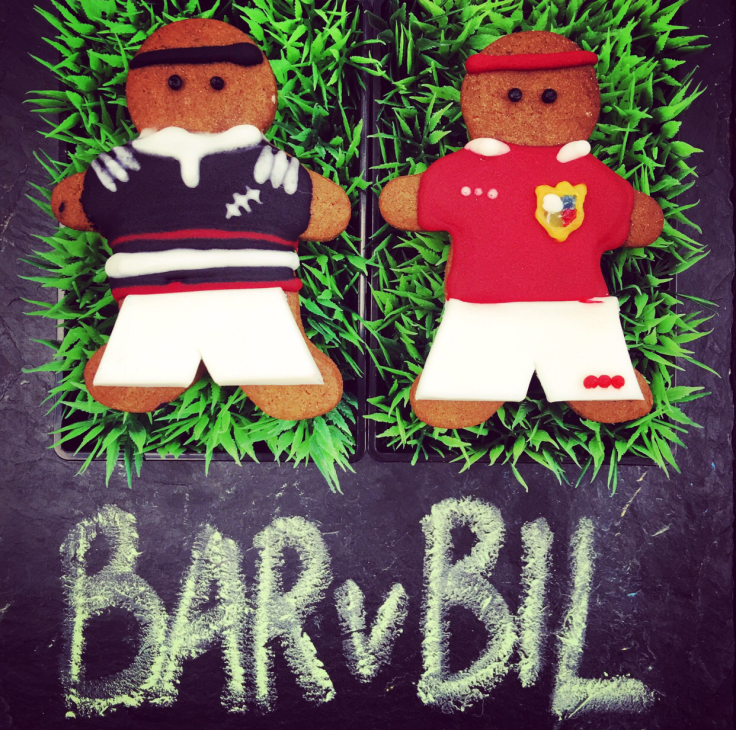 A huge furore ensued, with pundits and fans alike challenging the selection of players on the basis of location rather than form.  No doubt, the likes of Launchbury, Brown et al, were livid at being overlooked for such a coveted opportunity.  In the end, however, Gatland decided not to use them, with only Finn Russell coming onto the field for a short period of play. 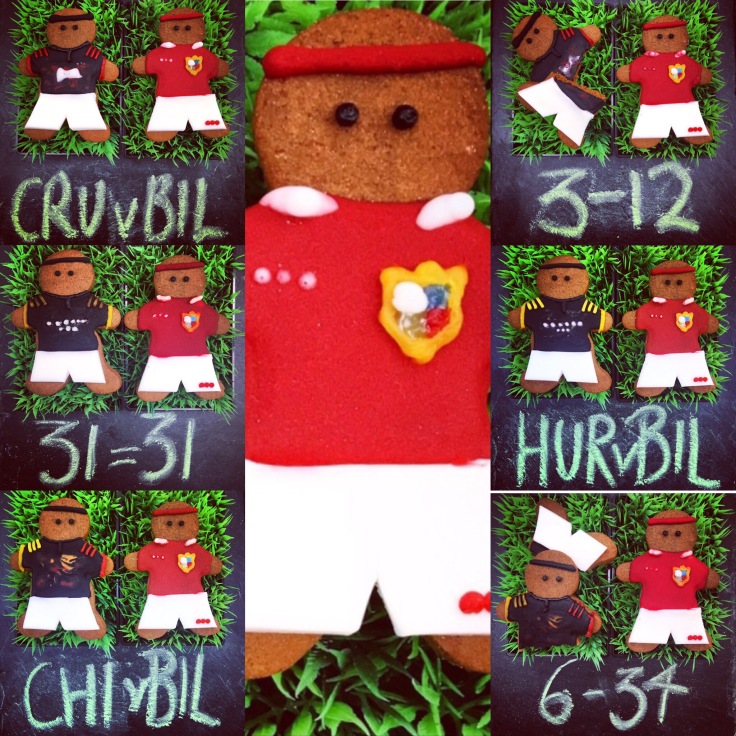 After a mixed bag of performances during the warm up games, the the initial concerns about the Lions’ chances for #LionsNZ2017 seemed to be justified, as the first match saw the All Blacks easily take the lead. The second test proved to be the turning point for the Lions, as a red card awarded to golden boy, Sonny Bill Williams, gave the Lions a decisive advantage, which facilitated the marginal win over the All Blacks. We now had a series decider on our hands, as the Lions found themselves back at Eden Park with all to play for. 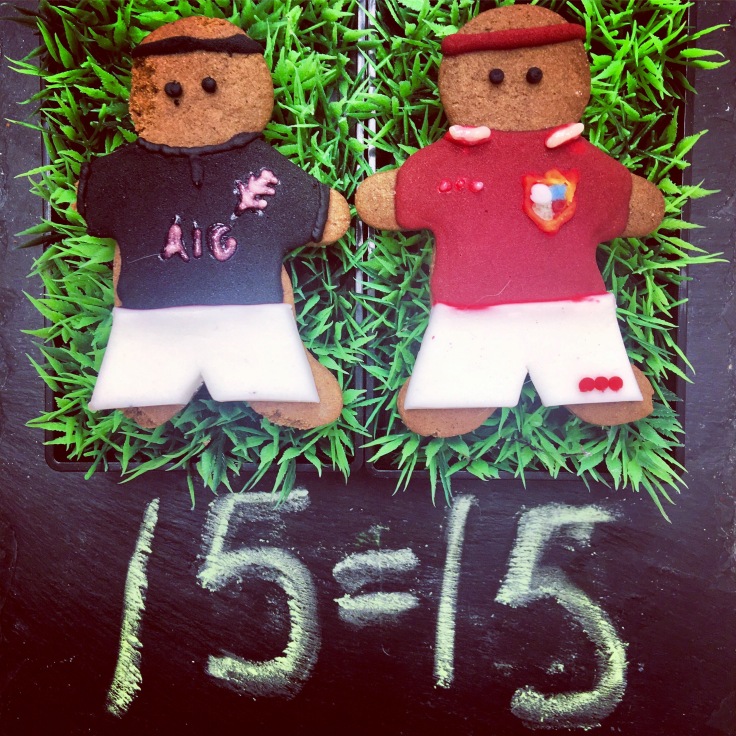 It wasn’t the fairy tale ending we’d all hoped for for the Lions, however, with the match ending in a frustrating and nail biting draw.  But after the initial disappointment that came with the final whistle subsided, the realisation that the Lions had managed to secure a series draw certainly eased the pain.  The Lions had achieved the seemingly impossible task of forcing the All Blacks to share the series trophy with the visiting pride.

There will, of course, questions as to whether or not the series should introduce extra time play, but we must remember that this is a rare occurrence.  The last series draw happened in 1955 vs South Africa, meaning there have only been two since the tournament’s inception in 1888. 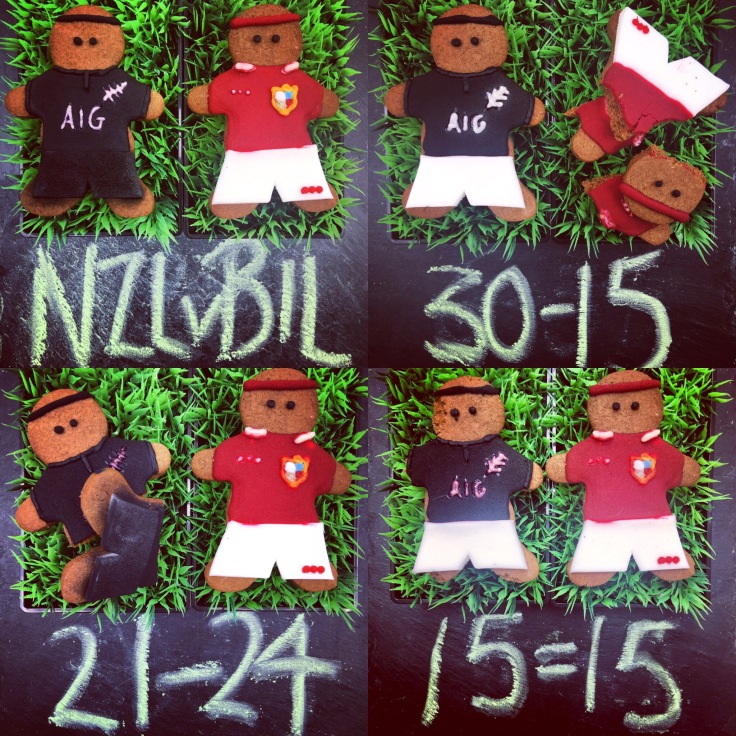 There is something quite fitting perhaps in seeing these two teams making up the series “winners” photograph.  Seeing two giants of the game sharing and celebrating together with such unity should be an inspiration to all sports and epitomises why we all love the game.

This is, after all, what rugby is all about. 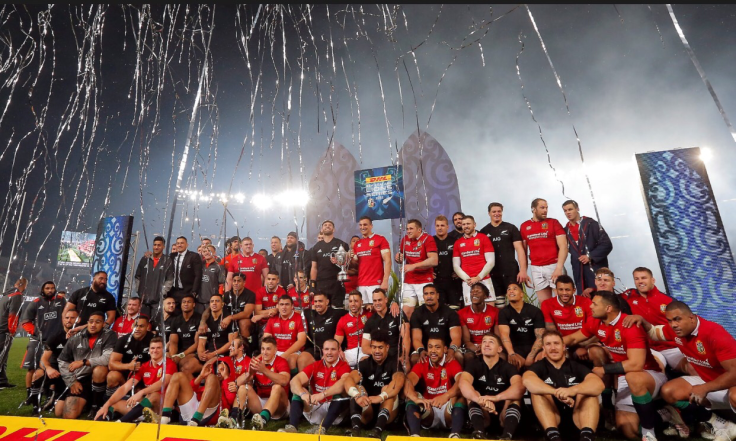